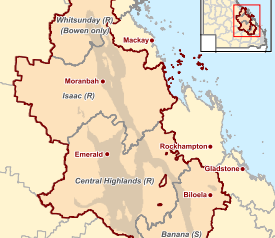 The Bowen Basin population report, 2018 provides estimates of the
non-resident populations of local government areas (LGAs) and select
localities in the Bowen Basin during the last week of June 2018, based
on surveys conducted by Queensland Government Statistician’s Office
(QGSO). Information regarding the supply and take-up of commercial
accommodation by non-resident workers is also summarised.

The non-resident population represents the number of fly-in/fly-out and
drive-in/drive-out (FIFO/DIDO) workers who were on-shift in the region
at the time of collection. This group includes those involved in the
production, construction and maintenance of mining and gas industry
operations, projects and resource-related infrastructure.

Non-resident workers are not included in estimated resident population
(ERP) data released annually by the Australian Bureau of Statistics. As
a result, the full–time equivalent (FTE) population estimates presented
in this report, which combine the resident and non-resident populations,
provide a more complete indicator of total demand for certain services
than either measure used alone.